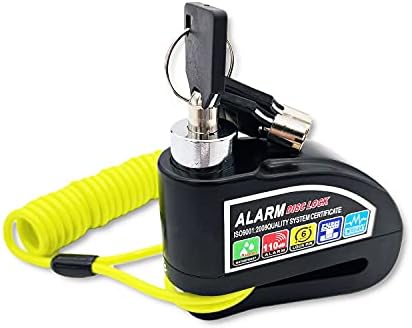 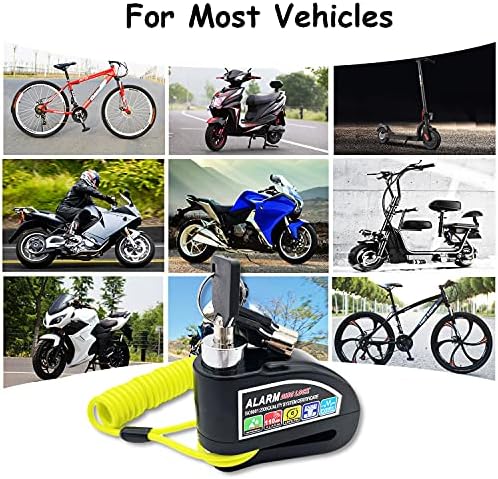 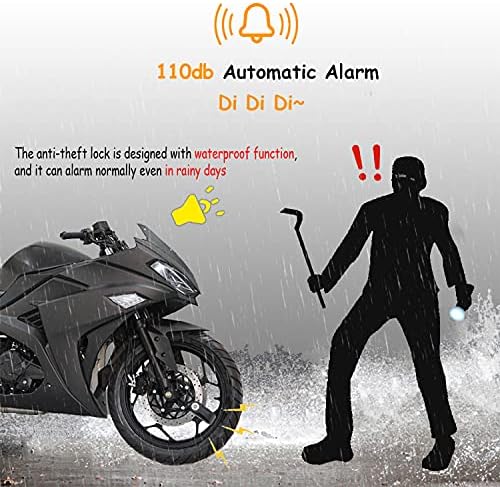 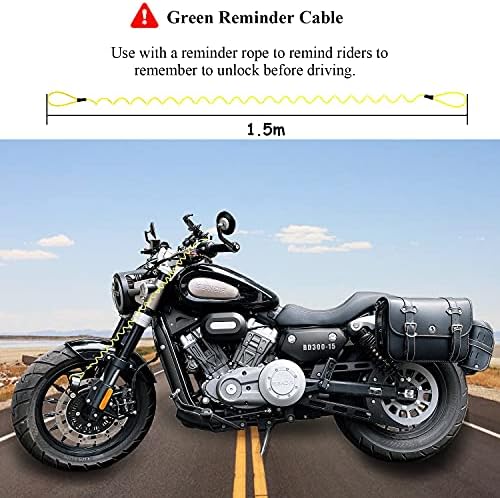 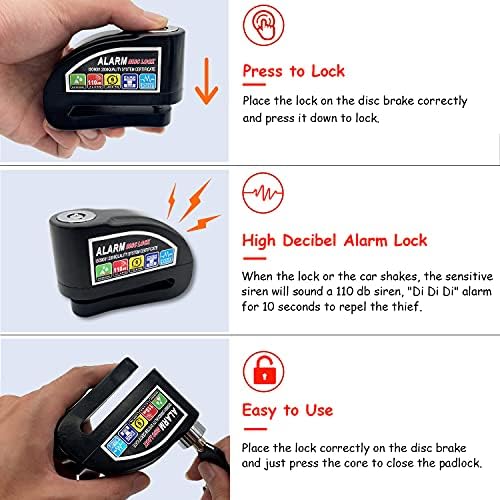 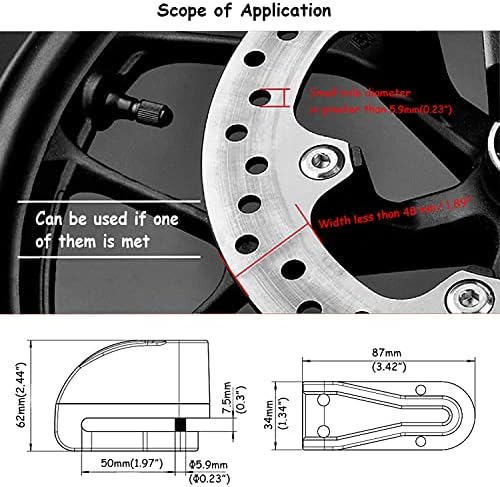 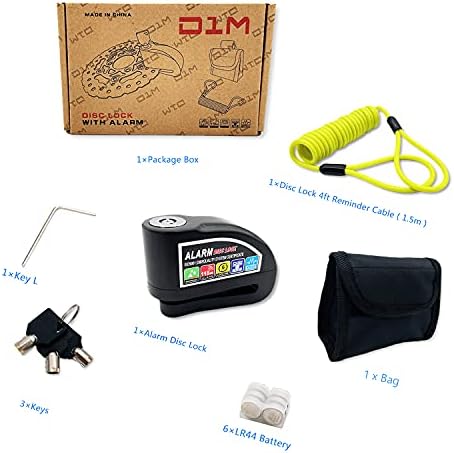 Anti-theft motorcycle : built-in sensors can detect collision and movement. D1M anti-theft disc brakes protect motorcycles and bicycles from theft because anti-theft alarm systems scare suspects away. It is reported that about more than 40,000 motorcycles were stolen last year. It ‘ s time to invest in buying D1M disc brakes, adding extra security to your life and preventing motorcycle theft.
When the alarm system is triggered, the alarm sound is as high as 110 dB, which is enough to attract your attention and eliminate the possible risk loss when you are at home or outdoors. And bright reminders cable can provide good visual deterrence for potential thieves
Press the alarm lock button to start locking operation. 5 seconds later, the ‘ beep ‘ sound will be sent, indicating that the alarm has been correctly activated. Use key unlock alarm. Small size and practical. If it triggers again, the alarm will send a continuous thorn of about 10 seconds, 110dB volume enough for anyone to notice. To close the alert, you must unlock it or wait 10 seconds.
Ideal active safety devices suitable for most popular models : vehicles with orifice disc brakes, motorcycles, mopeds, yachts, micro motorcycles, mountain bikes, electric bicycles, Harley Davidson, Yamaha FJR / Raptor 700, 2017 Honda Grom, 2017 Kawasaki Z125 / Kawasaki Ninja 250r 500r 650 2017 2012, 2016 Indian Scout Sixty, Triumph Bonneville Streetsmat, Victory shadow CrossCountry,etc
Its battery has been installed, and when the battery power is out of run, there will be six standby batteries. You can also remove the battery directly as an ordinary lock,it won’t warning

There is love in sharing: